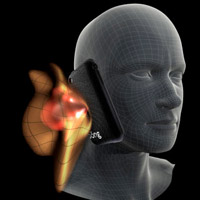 After one of the most expensive and extensive studies of its kind ever conducted, we are left in much the same situation as when we started. We wanted to know if the radiation emitted from cell phones can have damaging health effects. What did we learn from Interphone?  Well, it seems that “no clear conclusions” were drawn from the Interphone study. Christopher Wild is the director of the International Agency for Research on Cancer, which coordinated the study, and he said that “an increased risk of brain cancer” was not established.

That’s to say that the study revealed nothing, though. They did say that there are “suggestions of an increased risk [at] the highest exposure levels.” In this way, they haven’t found the fire, but they found some “smoke” worth investigating.  However, other people are saying that the “data were dirty,” citing the way that the data was collected. There is going to be bias — recall bias, selection bias, participation bias — and this can skew the results.  For my part, these cell phone studies are starting to sound a little like the studies that try to link cancer to smoking. It’s hard to prove a causal relationship; you can only imply a correlational one.