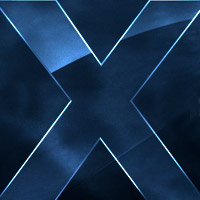 You know how HP went and spent over a billion dollars to buy Palm? Remember how we thought a few other companies — like Lenovo and HTC — were interested in picking up Palm? Well, it turns out that we were right.   According to an SEC filing, a total of five companies were participating in an all-out bidding war to buy Palm. Unfortunately for us, the same filing doesn’t mention the other four companies by name.

Instead, the others are simply called “Company X” in the filing. If HP were the only company involved in the dealings, it may have been able to buy Palm at its initial bid of $4.75 per share. However, with the other four companies involved, the bid eventually got bumped up to $5.70 per share before HP could nail down the hammer.

So, who were the other companies interested in buying Palm? We are left with little more than conjecture, but HTC was probably in there (webOS would fit in well with their existing infrastructure). Lenovo has been mentioned in previous rumors, as had BlackBerry-maker Research in Motion.

Would it have been crazy if Steve Jobs wanted in on the action too? I guess we’ll never know.