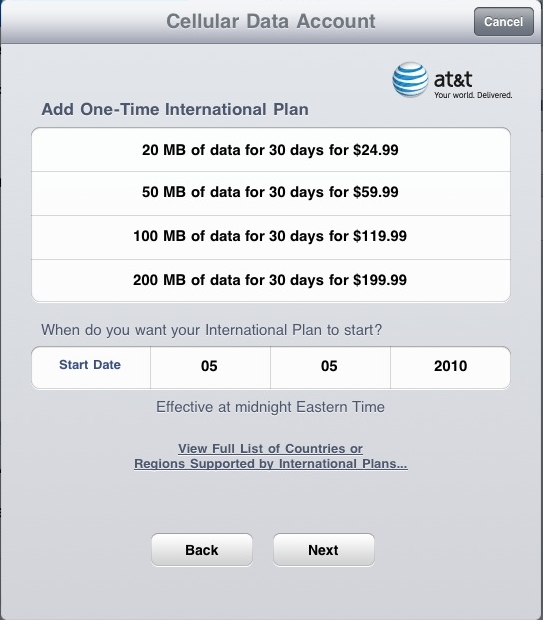 Now that you have the Apple iPad in your hands, it can feel difficult to leave home without it. What if you’re planning a trip overseas or even to Canada or Mexico? Well, AT&T has you covered with some iPad data packs, but don’t expect them to be cheap.

In fact, the pricing for the iPad international roaming data packs are just as expensive as their iPhone counterparts. There are some differences with these “Data Global Add-On” packs, however. Unlike the iPhone version, they don’t automatically renew, but they do expire 30 days after activation. And you do need to subscribe to a domestic data plan with AT&T in order to access these.

The good news? The iPad still has Wi-Fi, so you can hunt out a local hotspot when you happen to be traveling. Another piece of good news? The iPad comes factory unlocked. If you can, I think it’s much better for you to buy a prepaid SIM when you’re traveling abroad. I’m pretty sure it’ll work out cheaper than $1+ per megabyte.