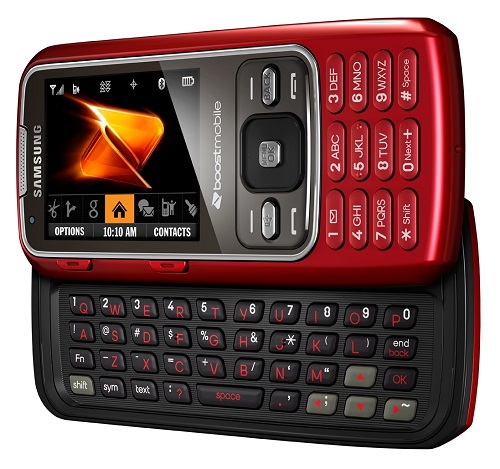 I’m still partial to having a true smartphone these days, but there are many other people who are more interested in cheaper messaging phones with full QWERTY keyboards. If that sounds like you, Boost Mobile has you covered with the Samsung Rant.

If you’re thinking that this phone looks a lot like the Samsung Gravity, you’re not alone. The form factor was unique a few years back, but several other messaging phones have started to take on this style (like the LG Rumor).

In its closed form, you get a regular candybar-style phone with a numeric keypad, but the QWERTY keyboard can slide out of the left side, automatically rotating the display into landscape mode. The two buttons next to the screen make menu access pretty easy too. For the other specs, you get a 2-megapixel camera, 3G connectivity, wireless web access, instant messaging, MP3 player, stereo Bluetooth, GPS, microSD expansion, and a speakerphone. It’s not the most exciting phone in the world, but it’s a good fit for text enthusiasts.

You can expect to pay $150 sans contract for the Samsung Rant when it launches on May 19. While you’re at it, take on the updated Boost Mobile $50 unlimited plan, which includes 411, email, instant messaging, voice, text, and data.