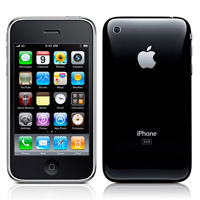 Ever since cell phones first appeared on the scene decades ago, Motorola has dominated the American market. It was the first company to sell a commercial cell phone (as far as I know), but how the mighty have fallen. In fact, Motorola isn’t even the biggest American cell phone maker anymore. That coveted title has now been earned by Apple. Neither company makes it into the top five among international phone makers, but this is still a major boon for Steve Jobs and Apple.

During the first quarter of this year, Motorola sold a total of 8.5 million phones, but Apple was able to post record sales of 8.8 million iPhones over the same period. It’s not that surprising to hear that Motorola’s sales are down, but they’re down a lot more than you may think.

In the same period last year, the big Moto sold 14.7 million phones. Going back just four years, during the period when everyone and their mother (quite literally) had a Motorola RAZR, they sold 46.1 million phones. The DROID hasn’t been quite as big a seller, pushing just 2.3 million units in Q1.

Congratulations to Apple, but what advice can you offer to Motorola? How can it return to its former glory?