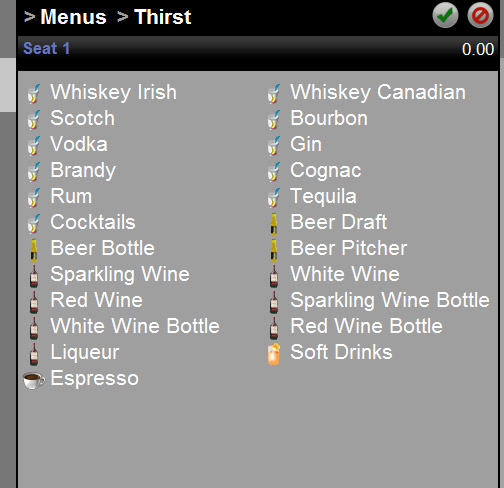 Lecere Corporation has unveiled their retail POS system for the first time here on Mobile Magazine.  Last week Lecere posted a video demo of the $2,000 setup which could save large restaurant chains millions.  The video, shown on CrunchGear, raised many questions.  Their system operates on Apple’s iPad and iPod Touch, breaking the shackles on the fixed POS terminal.  Friday, Lecere announced the test pilot at restaurant Nepo 42, contrary to other reports of it being a “major restaurant chain.”  The chain has yet to come, as the test pilot must be completed to address bugs and optimize software.  Many people were expecting some flashy system, but Apple isn’t Flashy as we all know.  This is the bare bones essentials, designed for one purpose and a large demographic of users.  Ranging from your typical iPhone tweeting teenager, to someone who may not even own a computer.   What did you expect, multitasking between YouTube and taking orders?

“The credit card will be swiped. We are just waiting for a hardware device that will attach to Apple devices to allow swiping, and then we can develop our software interface. We want to choose a good one. In the meantime, the credit card is entered manually.” Jim Morris, CEO of Lecere told Mobile Magazine.   That was our main concern, and it seems that Lecere has it under control.  The video also asked the customer if he would like a receipt e-mailed to him?  “It’s also possible to print a receipt on site for the customer” said Jim.