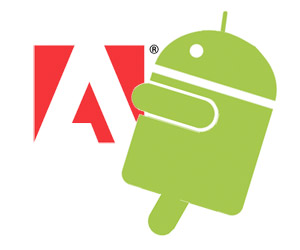 After the “open letter” Steve Jobs released this morning basically saying Flash will be allowed on the iPad and iPhone just as soon as hell freezes over. Adobe CTO Kevin Lynch responded with his very own “open letter,” a blog post titled Moving Forward, outright saying “We look forward to delivering Flash Player 10.1 for Android smartphones as a public preview at Google I/O in May, and then a general release in June.”  Among many other things implying that Apple is not only blocking their code, but many others related to the legal conditions mandated on application developers.

Apple’s iPad and iPhone can definitely handle running Flash. I mean, if HD video games are possible, what the hell is a little bit of flash going to do to your battery? I mean seriously, Steve, let’s get real. If a user wants to install an app on their device that may result in a life threatening circumstance like the battery draining faster, just let them. They shelled out good coin on the thing, if they want to take it to its limits then they should have all the right to do so. You did let Mirror’s Edge on from EA sports (review coming soon), that sucker took that beautiful 10 hour iPad battery down to a paltry 4 .3 hours.

On a similar but related bull shit or not. Ford motors has banned any owner of their vehicles from using Goodyear tires. All motor vehicle service stations and tire companies have been notified not to install Goodyear tires on any Ford, ever. The reason being, Goodyear tires make the Ford vehicles drive smoother and faster. Not something Ford intended to result in using their product.

Oh good one, I almost forgot about the illegal raid on Jason Chen’s house.