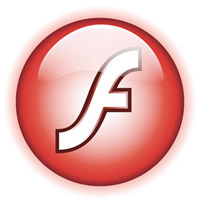 While the boys and girls in Cupertino aren’t quite as interested in Flash, the Google peeps are coming forward with a little more love on the Android front. More specifically, Gogole Android 2.2 will come with official support for Flash 10.1.

This is according to a New York Times interview with Gogole Android project lead Andy Rubin. The next major Android release, version 2.2, will have support for Flash 10.1, but the wording in the interview isn’t clear as to how this will happen.

It’s possible that Flash itself will be built right into the new operating system update, but it’s going to be supported one way or another. This way, you can take advantage of streaming video sites like Hulu, especially if they decide to create a juicy Android app to do that.

As you may already know, Android 2.2 is codenamed Froyo, continuing on the food-themed codenames for Android builds. We’ve had donuts and cupcakes. Now, we can dive into some frozen yogurt just in time for the warmer summer months.