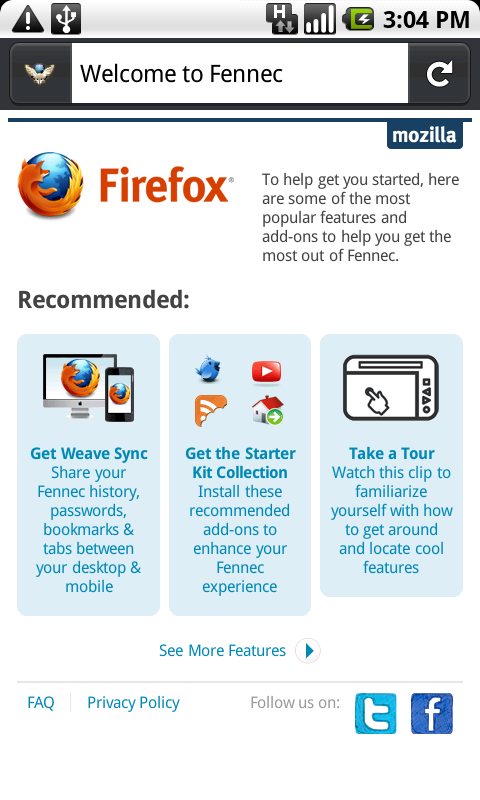 As great as your smartphone hardware may be, it’s the software that can make or break your user experience. If you’re looking for an alternative on your Android phone, Mozilla wants you to try Fennec for Android, which is available for download now.

It should be noted that the current build of Fennec (previously known as Firefox Mobile) is nowhere near what a complete project should look like. It’s not even in beta testing mode. They’re saying that this build is “pre-alpha,” so I wouldn’t have the highest expectations for reliability.

Marin Perez of Intomobile tried loading it onto his Motorola Droid and Fennec wouldn’t even launch. A colleague tried it on the Droid Incredible by HTC and it seemed to look really sharp. HTML renders great, but there’s no Flash and there are some “hiccups” in performance. You can “swipe” between tabs though.

According to the Mozilla team, memory usage isn’t very good and it’s quite possible that your phone will crash during its use. You also can’t open links from external apps in Fennec, though Mozilla is changing this for future builds. And you will need to install it directly on device memory; it won’t work from an SD card.

Do you have an Android phone? Go ahead and give Fennec a try.