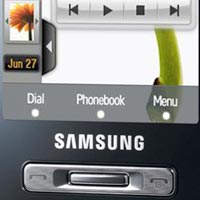 Samsung is a huge company and it seems like they’re always looking to diversify. You’ll find the Samsung name on all sorts of consumer electronics, ranging from HDTVs and Blu-ray players to multifunction printers and digital cameras. Even within the cell phone range, they’re being pretty darn diverse.

While Research in Motion sticks to BlackBerry OS and Apple does nothing but iPhone, Samsung is different. Even so, we thought that the Korean giant was done with Symbian. Apparently not.

Details are still at the slim-to-none level at the moment, but it seems that Samsung is indeed developing some new Symbian-powered hardware, continuing to use the largely Nokia-sourced smartphone operating system. Is this really the right move?

I don’t really mind Symbian on my Nokia E71, but I will admit that it’s not exactly the prettiest operating system out there. Samsung already has smartphones with Google Android. It’s already doing Windows Mobile and plans to do Windows Phone 7. And then there’s that whole Bada OS thing they have too. And let’s not forget about TouchWiz and the different “feature phone” platforms that Samsung uses.

Having a manufacturer other than Nokia produce a Symbian phone is good for the platform, but I don’t feel it’s the smartest move on the part of Samsung. What do you think?