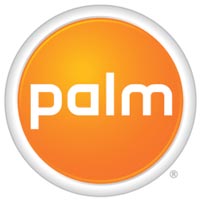 Palm is struggling in this world filled with Android, BlackBerry and iPhones. Even Microsoft has a glimmer of hope with the pending release of Windows Phone 7 Series. Then, Palm thought that it saw the light at the end of the tunnel when it was said that HTC wanted to buy them. Well, that hasn’t worked out either.  It seems that Palm just can’t catch a break. They’re having a tough time selling phones and they can’t even sell themselves! HTC doesn’t want to buy them anymore. Palm has all kinds of crazy intellectual property that could protect HTC against Apple’s legal action.  That’s part of the reason why the suits (or do they all wear black turtlenecks?) in Cupertino decided against suing Palm when multitouch appeared on the Pre. They feared a countersuit from Palm and this is exactly the kind of patent that HTC needs to defend itself.

I thought a relationship between HTC and Palm could be a serious winner. Palm brings lots of intellectual property to the table and HTC brings some great hardware development. Together, they could make a real iPhone killer. Apart, one’ll go bankrupt and the other could be bankrupt fighting in the courtroom.