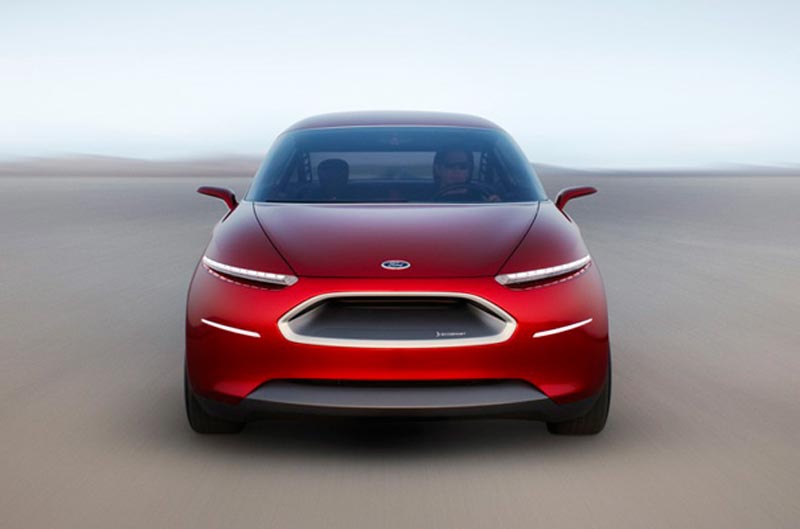 There’s more to creating an environmentally-friendly vehicle than just plopping in an electric motor or a hybrid powertrain of some kind. Ford agrees and that’s why the American carmaker is showing off its Ford START concept vehicle at the Beijing International Auto Show.

You see, the Ford START Concept isn’t a hybrid. It isn’t an electric. Instead, it makes use of a forthcoming 1.0L EcoBoost three-cylinder gas engine with a CO2 rating of under 100 g/km. It’s not zero emissions either, but that’s still very good considering it’s still a three-banger.

Rather than using “Earth damaging paints,” the body panels are constructed from deformable, pre-colored recyclable composites. The car itself is built with a hybrid combination of aluminum and high strength steel. This keeps the weight down without sacrificing safety, and will be far less susceptible to rust. “The concept of simplicity can be found all around us,” said a spokesperson from Ford. “Endearing designs in architecture, home furnishings, appliances, transportation, or even a good screenplay are often similar in one respect – simplicity.”

There’s something distinctly European about this design, don’t you think? As if they derived inspiration from Fiat or Citroen?