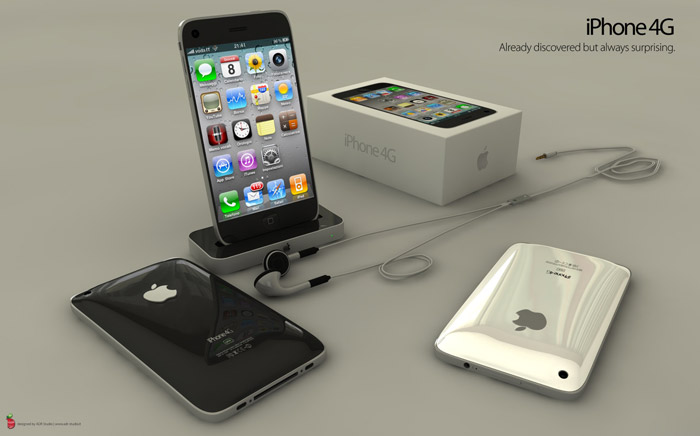 We saw the images and video from Gizmodo getting a hold of the lost Apple smartphone prototype from a California bar, but is that the real design? Or just a shell to hide all the inner-goodness of what is to come? Designer Antonio De Rosa believes this is not the real iPhone 4G that we saw, but a cheap clever disguise in order for engineers to field test the next-generation Apple device. “If you want my opinion, the shell of that 4G was only a temporary case, because the 2 circular buttons for the volume are very ugly. If it was the real version, Apple may need to change the design after we’ve seen them on Gizmodo.” said DeRosa.

Here is a nicely polished iPhone 4 concept ADR Studio’s has created in response to the latest Gizmodo prototype, it’s something close to the prototype, but also more finely tuned to what Apple may actually put out. A marriage of the 3GS and the Gizmodo found prototype for your viewing pleasure.