Telus is now recognizing that people don’t just surf the web from their homes and offices anymore. They want to have Internet access just about everywhere they go, and that’s why we’re on the cusp of the new “Smart Hub” service from Telus.

From what I can see, the Telus Smart Hub will operate in much the same way as the MiFi device that you may have seen from some other carriers. The idea is that you get a 3G “Smart Hub” device and it will create a Wi-Fi network (and web access) anywhere you have 3G service, assuming you have an active SIM card.

It’s interesting to note that the Smart Hub will offer simultaneous voice and data, seeing how it’s not really a voice device in the first place. I think that it means you can use it for a VoIP-like service through a standard telephone.

The 3G “Smart Hub” service is set to launch in late May for Saskatchewan, Manitoba, Ontario, Quebec, and the Atlantic provinces. Interestingly enough, British Columbia and Alberta will have higher priced services: $80 to $130 a month. 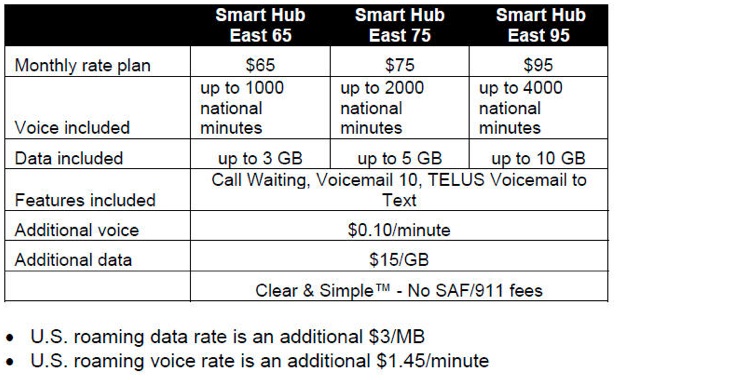