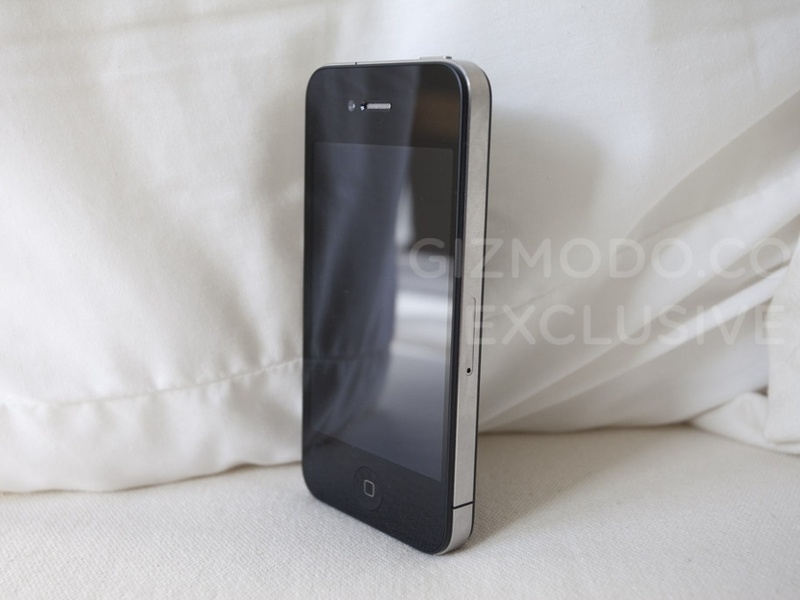 Sitting on the floor in a San Jose bar lies a device which has been rumored about by hundreds of bloggers, desired by thousands of iPhone owners, and has more security protecting it than your typical  neighborhood bank.   The iPhone 4G by Apple, or the iPhone X as it may also be known as, is worth millions in R&D and has landed in the hands of two rival bloggers, EnGadget and Gizmodo.

At first it seemed far fetched, but now more believable as two sources have gotten their hands on the device.  I don’t imagine both EnGadget and Gizmodo would collaborate on a massive hoax by ordering identical Chinese knock-offs for the pleasure of getting the hopes up of thousands of Apple fanboys.

What’s new and what’s changed? According to Gizmodo, here is what they’ve found:

• Front-facing video chat camera
• Improved regular back-camera (the lens is quite noticeably larger than the iPhone 3GS)
• Camera flash
• Micro-SIM instead of standard SIM (like the iPad)
• Improved display. It’s unclear if it’s the 960×460 display thrown around before—it certainly looks like it, with the “Connect to iTunes” screen displaying much higher resolution than on a 3GS.
• What looks to be a secondary mic for noise cancellation, at the top, next to the headphone jack
• Split buttons for volume
• Power, mute, and volume buttons are all metallic

• The back is entirely flat, made of either glass (more likely) or ceramic or shiny plastic in order for the cell signal to poke through. Tapping on the back makes a more hollow and higher pitched sound compared to tapping on the glass on the front/screen, but that could just be the orientation of components inside making for a different sound
• An aluminum border going completely around the outside
• Slightly smaller screen than the 3GS (but seemingly higher resolution)
• Everything is more squared off
• 3 grams heavier
• 16% Larger battery
• Internals components are shrunken, miniaturized and reduced to make room for the larger battery