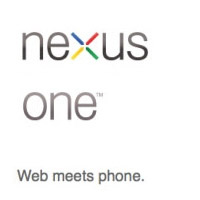 It’s quite clear that more people are buying the Apple iPhone than they are buying the Google Nexus One, but does that mean that the latter is not profitable for the search engine giant? Apparently not, because Google is very proud to say that the Nexus One is “a profitable business for us.”

This comes from Patrick Pichette, Google’s chief financial officer, during a company earning’s conference call. Clearly, the Nexus One is not the primary source of revenue for Google, but it’s not a loss leader either. While they aren’t coming forward with more economic details on the matter, Pichette did say that they are “driving the business to be a profitable business from the get-go.”

The Nexus One is the first real bit of Google-branded hardware to enter the market. If it is indeed profitable and lucrative enough for Google to continue with it, it’s very well possible that more Google-branded hardware could hit the market in the months and years to come. In fact, they’re already expecting a Nexus One that’ll work for Verizon and Sprint-Nextel soon.