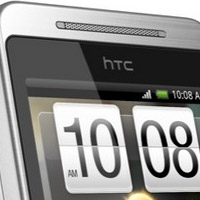 HTC got its start in the smartphone business by creating a wide range of Windows Mobile handsets under a variety of different banners. More recently, the company has developed a good number of Google Android phones too. Well, it seems that HTC Has yet another card up its sleeve: its own smartphone OS.

Cheng Hui-ming is the chief financial officer of HTC and he recently had an interview with Bloomberg wherein he revealed that the company is developing its own smartphone platform. As if Android and Windows Mobile weren’t enough, they want to add yet another OS to the mix.

This seems to echo what’s going on in Korea with Samsung’s bada OS, making for an increasingly crowded and complex smartphone arena. Let’s not forget about iPhone, BlackBerry, webOS, Symbian, and others as well.

The HTC CFO wasn’t exactly forthcoming with further details, but it is very well possible that this new proprietary OS has something to do with buying Palm. The yet unnamed HTC OS could be based, at least in part, on the Palm Pre’s webOS.