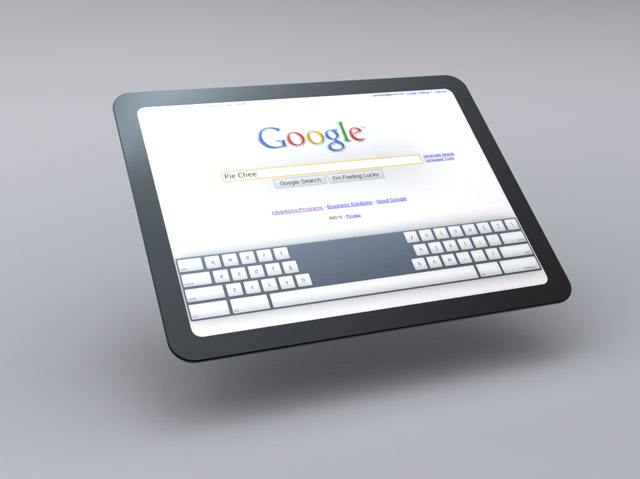 Google created the Android OS, then we saw a handful of smartphones using their platform before the Nexus One came along. Now, the search engine giant could be taking a similar approach to the emerging tablet market, because a Google Tablet could be imminent.

The Nexus One was far from being the first Android phone, but it was the first real “Google” phone. We haven’t seen a retail release of an Android tablet yet, but several have already been announced. It’s unclear whether Google will be releasing its first own tablet before or after these folks.

According to the New York Times, Google chief Eric Schmidt was schmoozing with some folks at a party and he happened to mention the “new device, which would exclusively run the Android operating system.” They couldn’t provide further details, but the leak says that Google has been experimenting in “stealth mode” with a few publishers.

That’s because, like the iPad, the Google tablet is more than just a web surfing device. It’s a content delivery system. Google has reportedly be working with publishers of books, magazines, and other content, possibly creating a similar marketplace as iBooks.

It’ll be interesting to see how this pans out. Android has already proven to be quite versatile, powering both smartphones and smartbooks, so being thrown into a tablet should be an easy transition.