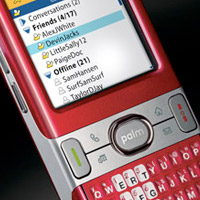 The Palm Pre was supposed to represent the resurgence of the company. The Palm Centro and Palm Treo were quickly losing market share, but the Pre was new, exciting and innovative. Unfortunately, it seems that it wasn’t quite as big a success as Palm had hoped.

As such, there are rumors going around that Palm is available for sale and it already has two very interested suitors. Even though these acquisition rumors are just that — rumors — the Palm stock price shot up about 10% today based on the news.

As it stands, Palm is worth about $1 billion, but a bidding war could increase that price. From what we hear, both Lenovo and HTC are interested in purchasing Palm, since the acquisition could bode well for their respective smartphone businesses.

HTC could do very well by buying Palm, not only to get its hands on webOS, but also all of those smartphone and other device patents that Palm holds, which could help with HTC’s legal battle against Apple.