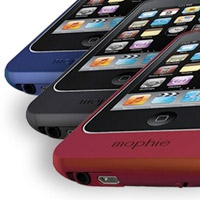 We’ve seen plenty of products that are designed to extend the battery life of the Apple iPhone, including the incredibly popular Mophie Juice Pack Air. What about all the iPod touch owners in the audience? Well, Mophie’s going to take care of them too.