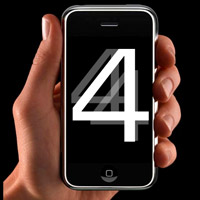 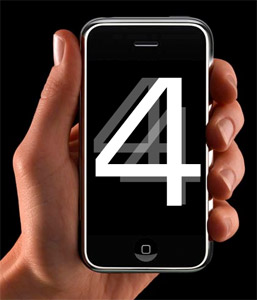 iPhone OS 4 was announced today at Apple’s live press event, and out comes a rabbit from the hat. Seven major updates are coming to the iPhone 3G and 3GS models, iPod Touch 2G and 3G, with seven major improvements including multitasking, and 100 other minor ones ranging from searchable MMS/SMS to 5x digital zoom for your camera.

The major feature we have all been waiting for is multitasking, our iPhone 4G poll showed over 52% of iPhone owners would like multitasking, and Apple delivered. Improved Battery Life topped the charts at 61%, but with added multitasking this may only worsen performance.

1) Multitasking
Scott Forstall, Senior VP of iPhone software for Apple stated that multitasking would perform without incurring a performance hit.  The iPhone 4 will be fine tuned for different scenarios for developers.  One example shown was with Pandora’s Internet Radio streaming app, the app will play your music in the background all the while you are accessing other applications, you will even be able to control the playback when the screen is locked.

Example #2 was with Skype, allowing it to continue receiving calls while running in the background, great for other VoIP apps too.

Example #3 is for apps like TomTom or Loopt, constantly calculating your location from cellular sites, rather than using the GPS which will kill your battery in no time.

Example #5 was a simple start and stop job, where a user can be using an app for say posting photos to Flickr, then changes to another app, but can return to the photo app and continue posting photos.  A no brainer but critical to many.
Example #6 is a “freezing” type of function, that lets your app freeze when you leave it, sort of like VMWare suspending another OS when your not using it.

2) Folders
A major innovation comes with Folders.  You will be able to create a folder with apps inside it, much nicer and cleaner for your iPhone desktop.  Simply drag apps on top of another folder, and it will reside inside it.  The folder will name itself by using a new feature Apple calls “intelligent naming.”  iPhone 4.0 will support 180 folders, 2160 apps, 12 apps per folder.

3) Improved Mail
You will be able to view all your mail accounts in one inbox, just like the Mail.app in OSX. iPhone Mail will also allow organization of messages by thread, open attachments with an app similar to the iPad’s ability to open Office or iWork attachments within Mail.  It’s not clear whether this feature can be set to multiple inboxes, but I don’t think Apple would intentionally make a mess of your mail.

4) iBooks for iPhone and iPod touch
Yes, not just for the iPad, iBooks is available for iPhones and iPods too.  Books and pages are synced wirelessly.  It comes with a free copy of Winnie the Pooh book, either to drive you crazy to quickly buy another iBook, or to put you to bed and forget all about it.

6) Game Center
Game Center will have over 50,000 gaming titles from the App Store.  Social gaming networks will be created, allowing users to invite friends, setup matches for multiplayer mayhem, stats and leaderboards, and tracking in-game achievements.

7) iAd
Apple intends to take the mobile advertising world by storm.  With millions iPhones and iPods out there, how can they not get involved?  A new 60/40 rev share for developers and Apple will allow them to implement more interactive ads within apps.  Previously ads in apps would launch the browser and take you away from what you were doing, so no one clicked on them.  Now they will be fun and exciting, taking you on a marketing journey through HTML5 innovations.
One such ad demonstrated by Apple was for Toy Story 3.  Created in HTML5, the fancy ad allows the user to view characters, videos, posters and downloads, play sound clips, and of course return to the app you were using previously.
Air Jordan shoes also had an interactive app, it allows users to build custom shoes, view the history of a product, and find a nearby store.  For some reason you can also build a custom dorm room but I think they were just showing off.

Here is a list of other “minor” features to enhance iPhone 4.0:

Expect iPhone 4.0 to be out for iPhone and iPod touch users this summer, iPad users will have to wait until the fall.