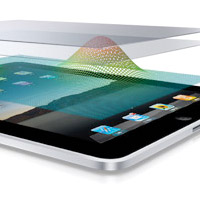 iSuppli is punching numbers again, this time they’ve come up with hardware costs for the Apple iPad.  Being magical and all isn’t just a marketing tactic, iSuppli found there’s a lot more to the iPad than initiaullay estimated.  Their first calculation put the iPad at $219.35 for materials, but once they actually got the unit and cracked it open, they found that the touchscreen was controlled by three spearate chips, bringing the materials cost up to $259.60 for the 16GB iPad.  The screen cost alone is $95 and $26.80 for the processor chip.  Although a $499 pricepoint does make you think twice, if Apple were to drop the iPad to say $300, wouldn’t that be a bit more enticing?   In time these components will get cheaper and we can expect the same with the iPad.