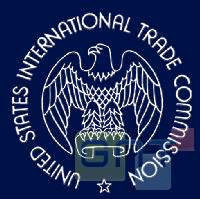 Rather than focus their energies on innovating the industry and moving forward with new and exciting technology, it seems that these two juggernauts are more interested in duking it out in court. As you may have heard, Apple filed a legal complaint against HTC and it seems like this complaint could have some merit.

More specifically, the US International Trade Commission (ITC) has voted and agreed to further investigate the complaint put forth by Apple, saying that HTC stole some patents from the Cupertino-based electronics company. Steve Jobs is entering battle mode again. Apple is accusing HTC of patent theft and if ITC were to rule against the Taiwan-based HTC, it would mean that they might not be able ship their phones to the United States. That’s huge, because it would effectively do away with everything from the T-Mobile G1 to the HTC Hero and more.

This process is going to take a very long time, so don’t go out swiping up all the HTC phones in sight just yet, but the major phonemaker will need to divert some of its resources to do battle with Apple on this front. The ITC will set out a target date for when the investigation will be complete and any “actionable ruling” would then be implemented with 60 days of that.