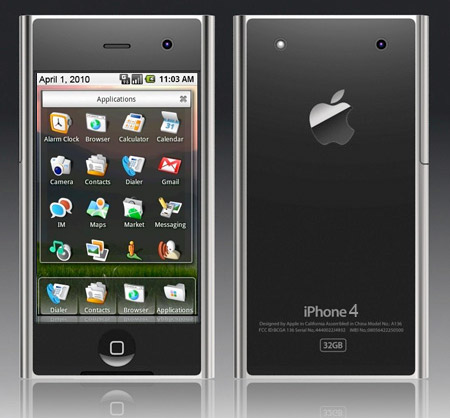 I don’t think anyone saw this one coming. The smartphone market has become increasingly competitive in recent years, seeing major entries sporting all kinds of different platforms. As it turns out, at least one company is taking the old adage: if you can’t beat them, join them.

Google has been fighting an uphill battle against Apple for smartphone supremacy, so today’s leaked document really comes as a surprise. The next Apple iPhone isn’t set for release until June and the rest of the details are scant at best, but it has been leaked that it will be running a new build of Google Android.

This hasn’t been officially confirmed by either party, but it almost makes sense. Since the exclusivity agreement with AT&T is drawing to a close, Apple can start shopping its newest handset to other American carriers too. By all indications, a version for Verizon is almost a sure thing.

The iPhone OS has won over many people, but just as every desktop operating system has to move forward, so must the mobile front. And that’s where Google Android comes into play. You might remember hearing about the Apple and Google CEOs meeting over coffee a short while ago; what did you think they were talking about?

With the iPhone-Android integration, we can expect even more Google services to be built right into the iPhone 4G. Should we expect Android Market to merge with the Apple App Store too? Time will tell.