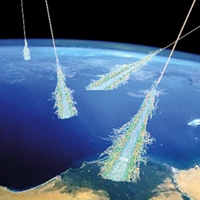 For the past few years, the mighty Toyota brand had taken a major bloodbath. The company which at one point could proclaim with a straight face they had “The Best Built Cars In The World”, is now under worldwide scrutiny for its quality control and overall product safety.

According to the National Highway Traffic Safety Administration, there have been a total of 52 confirmed deaths to date that can be linked to what is being dubbed: “unexpected acceleration” in their vehicles. In a delayed reaction by Toyota execs, the US government finally stepped in to pressure the car maker to initiate a mass recall, pulling over 8 million Toyota & Lexus vehicles off the road for repairs worldwide.

But the big question still remains….Why? Why is this happening?

Theories have been argued ranging from gas pedals all the way down to simple floor mat slippage. However, no one has really been able to pinpoint the true source of this public catastrophe. A few weeks ago, Mr. Toyoda himself sat in front of agitated House committee with only apologies and little answers.

Facing a dead end in its investigation, federal regulators are now looking at a new culprit: cosmic radiation. Yup, I said it.  Just when there was no one left to point the finger at, an “anonymous tipster” directed regulators to look into the impact that energy particles from outer-space may have on sensitive microprocessors, similar to the kind found in most modern cars.

An in-depth article written by LiveScience explains how Toyota has led the auto industry in replacing mechanical components with microchips to run a growing list of features in their cars. According to scientists, the binary code in chips can be corrupted in what’s called a “single event upset” by high-energy particles that bombard us constantly from space.

While military and aerospace industries have long known about the effects of cosmic rays on computation, automakers have given the subject little attention. If testing shows any positive proof in this direction, the standards in which auto makers manufacture their electronics systems in the future will have to be revamped to military-spec quality to prevent any future such disasters. This could mean even more expensive costing cars.

I’m no statistician, but I think the likelihood of this number of vehicles being randomly struck by space-born particles at just the right moment in their computational cycle, causing a catastrophic malfunction, is beyond ridiculous. Everyone on earth would have won the lottery before this happened. Toyota is not the only car company on the road using chips to control things. Have you ever tried to open the door of a Cadillac when the batteries die? You might as well use it as a paper weight at that point.

Today’s horoscope: If you bought a Prius because you love the Earth, maybe you should just ride your bike to work today.