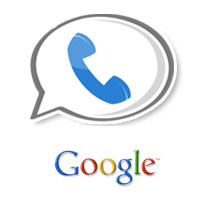 Google Voice for Android has been updated and should be much faster than before, according to an announcement on the Google Voice Blog.  The update includes a feature called “Inbox Synchronization” which will notify your Android smartphone of new text messages or voicemails within seconds of them arriving in your Google Voice inbox.

Its simple to activiate Inbox Synchronization, just go to your Google Voice settings and touch Refresh and notification.  Then select the new Inbox Synchronization feature, now you are set.  If you do not have the app yet just pop in to your Android Market and search Google Voice.  Google also said that it will be much faster to interact with your contacts via the Google Voice app, as well as the ability to click on any contact photo and respond immediately by voicemail, email or IM.   Google Voice app is free and just requires a Google Voice account which is currently only for the US.