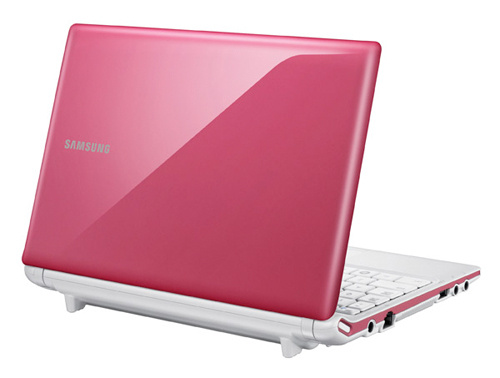 We already know about some of those Samsung Corby phones that pop up at local retailers, but it looks like the Korean manufacturer wants to expand that brand in to the realm of netbooks too. Recently unveiled are the new Samsung Corby netbooks and oh boy are they vivid.

If you’re thinking that these netbooks look a little too familiar, you’d be right. That’s because the Samsung Corby netbook is really just a rebadged version of the Samsung N150 netbook that we saw a couple of months ago.

The eccentrically-painted netbooks were announced in Italy for 329 Euro. With the current exchange the way that it is, we can probably expect the equivalent North American product to sell for about $440 or so.