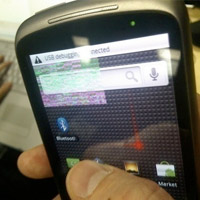 The Google Nexus One is just about the only mobile smartphone device that has ever launched on the market in an “unlocked” state, being able to be used on any carrier that will support it. Some think this was crazy, but now the true marketing genius behind Google’s actions is beginning to show.

RCS Limited is one of the world’s largest international traders of consumer electronics, including cellular phones. Recently they have seen demand for Google’s Nexus One climb steadily since 2010 started. Just last month demand for the Nexus One was 16% higher than that of the iPhone, according to RCS, and they don’t expect a slow down anytime soon.

“According to the trading data from RCS’ global network, Nexus One is expected to continue to increase its market share in the Smartphone market moving into Q2,” said Rami Feller, President of RCS. “In our opinion, the main factors that lead to the increased demand for Nexus One are the lower unit price compared to other Smarthphones, Google’s unlocked business model and the easy interface with other Google web-based applications.”

Most recently, an Apple internal memo was leaked showing a lift on the requirement of having an AT&T contract before purchasing an iPhone, but that still is nowhere near what Google has done by offering a completely unlocked device.