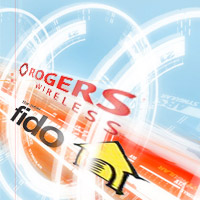 Fido and Rogers extended their tethering promotion a couple months ago, allowing users to connect their phones to their computers until May 3, 2010. That has now been extended even further, because tethering is a-okay with Rogers and Fido on a permanent basis. Or at least until they change their minds.

This can represent some significant savings for road warriors, because it means that you do not need a separate data plan for your phone and for a USB data stick; you can use your smartphone for both purposes. I thought the restriction was pretty silly in the first place, since data is data, but they thought otherwise.

Effective immediately (March 24), tethering will continue to be included at no additional charge for Rogers and Fido customers who subscribe to a data plans of 1GB and above, with a few exceptions. This new policy replaces the current tethering promotion, originally set to expire on May 3.

So, why the change of heart? Telus and Bell decided recently to include tethering in their data plans at no additional charge, so Rogers and its dog had no choice but to keep pace. It should be noted, however, that this offer does not extend to 500MB data plan users; you need to have a data plan of 1GB or more.