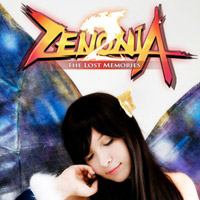 The gaming market on the iPhone and iPod touch started out with some casual puzzle titles and others that were meant to hold your attention for a couple minutes at a time, say in a doctor’s office or other waiting room. Soon after, however, we were introduced to fuller games that were comparable to their console counterparts. But what about the RPG genre?

There isn’t much to be found in terms of role-playing games on the platform, but it looks like a pretty good option is coming up in Zenonia 2: The Lost Memories for the iPhone and iPod touch. The successor to the first Zenonia will be submitted for App Store approval this week, so it should be showing up soon.

In short, it’s an adventure-based RPG where you can choose between four character classes: magician, paladin, shooter, and warrior. The actual gameplay offers a top-down perspective that will be mildly reminiscent of the classic Zelda game on the NES.  There are individual costume combinations, customizable items, and more. There is online multiplayer too. Gamevil has worked to improve the user interface, letting the virtual buttons appear and disappear at will, for instance.

In preparation of the game’s release, Gamevil is launching a Zenonia Quests event of some kind. You’ll need to follow them on Twitter and be “confronted” with the quest after the retweet. You can win a t-shirt or a money clip.