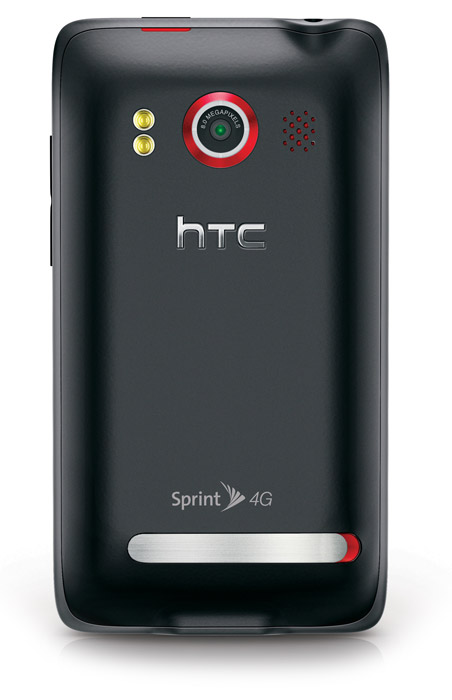 Sprint’s first WiMax/4G phone is official, and it’s everything your dream smartphone could be.  The HTC Evo 4G is a combination of  HTC’s Touch HD2 hardware, and a bit of Sense UI Android goodness of the HTC Legend, pushing 720p HDMI output and ultimately becoming the future of portable multimedia entertainment.

The Evo will be exclusive to Sprint, with blazing fast downloads over their 4G network, it will also work on their existing 3G network, but 4G is really where its at (10 times faster than 3G).  Running Android 2.1, with a beautiful 4.3-inch TFT LCD screen at 480×800 resolution, we would expect this powerful machine to support DiVX, but no official word on that just yet.

The camera is quite notable, at 8 megapixels in the rear, and 1.3 megapixels in the front, you can record HD video and output it through the HDMI port on the side.   Support for posting high-quality video to YouTube and Facebook will come out of the box, or share real time over the Internet live, via Qik.

HTC has built-in mobile hotspot functionality, letting you share 4G to eight Wi-Fi enabled devices. A custom web browser with Flash will be used, details are scarce and that’s all we know about it now, but that sure is exciting. Imagine an Opera Mini optimized browser on 4G? At those speeds your EVO could very well catch on fire.

Check out the full specs below, or a great hands-on at Gizmodo.  Sprint will release the phone “this summer” but no news on an actual date or price has been set.