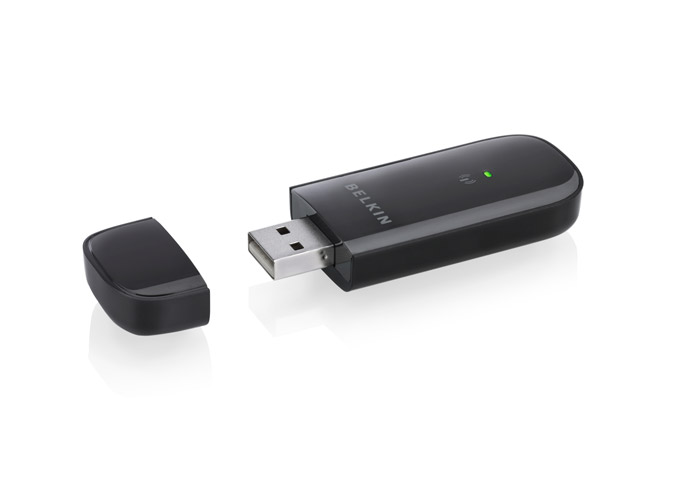 Latest from the labs at Belkin are four new wireless routers that go beyond your typical “Internet sharing” and provide a more seamless experience between the Internet, your devices and media you use.

First up is the Play Max Wireless Router (F7D4301), it will stream HD, retails for $129.99, and features high-speed gigabit ethernet ports, simultaneous 802.11n Dual-Band antennas for speeds of up to 300Mbps, 2 USB ports for printer and storage sharing,  UpnP, and VPN Support: PPTP and IPSec pass-through.

The Play Wireless Router (F7D4302) will sell for a bit less, at $99.99 and offer the same features but with only a single USB port and lacking the gigabit ethernet connectivity.  The Share Wireless Router (F7D3302) is priced at $79.99 and more in line with smaller home networks not needing all the bells and whistles, it still offers 1 USB port but only single 802.11n antenna.   The most affordable of the lot is the Surf Wireless Router (F7D2301), at just $49.99 it’s really an affordable way to get the network up and running, but no USB ports offered on this model.

These routers are unique in a way.  They offer built-in apps, yes you heard me, apps.  Their not Android or iPhone apps, but more specifically apps designed by Belkin to unlock the potential of your wireless hub. Don’t expect an app store for your Belkin router, as there is no development tools released for the public.  No need to worry, Belkin has come up with a bunch of useful tools, here they are according to Belkin:

Self Healing: Automatically detects and resolves network problems and runs routine maintenance scans to give you the clearest wireless channel. Available on Surf, Share, Play, and Play Max.

Print Genie: Print wirelessly from any computer on the network from anywhere in your home. Available on Share, Play, and Play Max.

Music Mover: Play MP3s from your music library on your home stereo wirelessly. Connect your external hard drive on which you store your music to the router—and move music from your computer to your stereo through devices like Xbox 360 and PlayStation 3. Available on Play and Play Max.

Music Labeler: Automatically identifies and labels your track with the correct title, artist, and genre. Available on Play and Play Max.

Daily DJ: Get daily personalized playlists from your music library based on your mood. Available on Play and Play Max.

Torrent Genie: Downloads large media files like movies, music, and games, even when your computer isn’t on. Available on Play Max.

Bit Boost: Prioritizes traffic on your network for video, gaming, and VoIP, letting you easily select your most important data streams for seamless network traffic. Available on Play Max.