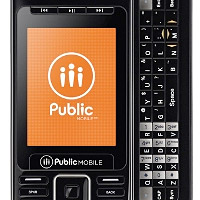 The Canadian wireless landscape is changing again, since another competitor is entering the arena to fight for your hard-earned dollars. Sort of. The good news is that if you happen to be in Toronto or Montreal, you can go into a physical Public Mobile store right now. The bad news is that you won’t exactly walk away with cellular service.

You see, Public Mobile decided to open up ten stores in Toronto and fifteen stores in Montreal a couple of days ago. You can go to these stores, chat it up with the employees, and learn more about that $40 flat rate unlimited plan. You can even sign up, if you’d like, but the actual Public Mobile network doesn’t go live until the middle of May.

Why on Earth would you want to sign up for Public Mobile now, you might ask? Well, if you sign up before the network launch in a couple of months, Public Mobile will offer you free unlimited Canadian long distance for life. We’ve mentioned this offer before, thinking it was only available on launch day. By taking pre-orders, as it were, Public Mobile helps to spread out that rush.

The handsets being offered by Public Mobile are meant to be simple and inexpensive, coming from Samsung, Kyocera, and ZTE. They focus on talk and text, rather than on “extra” features like data smartphone features and web browsing.

One of the major pitfalls of Public Mobile, however, is that it does not have any roaming agreements in place. What this means is that if you fall outside of the Public Mobile home zones in Toronto and Montreal, you will not have any service. At all. That’s a scary proposition for travelers, but less of a concern for people who never leave the T-Dot.