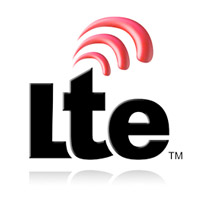 With the “there’s a map for that” ad campaign, Verizon is proudly proclaiming that its 3G network offers much more coverage than AT&T’s 3G network. The trouble with this comparison is that AT&T’s network is typically faster than the Verizon equivalent. That might change very soon.

It won’t happen with the battle between Verizon’s EVDO and AT&T’s HSDPA, however. Instead, the battle is being taken to the fourth generation. Verizon aims to have both the largest and the fastest network in the nation when it launches its LTE network. That’s 4G, folks.

Verizon says that it is focusing its efforts “to ensure that its LTE network will be the largest 4G network in the nation.” With this network, Verizon will be able to offer its customers peak download speeds as high as 40-50 Mbps and peak uploads of 20-25Mbps but closer to 5 to 12 Mbps average on the downlink and 2 to 5 Mbps on the uplink in what they call “real-world environments.”

“The CTIA WIRELESS convention is the perfect setting to focus on the important behind-the-scenes work we are doing with more than 25 partners to bring 4G LTE to life,” said Verizon president and CEO Lowell McAdam. “Our progress is good, and we’re confident that the next generation of wireless network technology will deliver the speed, reliability and bandwidth that businesses, government and consumers have been anticipating.”

Now it would be nice for many if Apple were to release an iPhone 4G (actual 4G network, not 4th generation) for this network, but as it stands now T-Mobile USA might be the one getting it later this year or in 2011.  Take this with a grain of salt tho, we never really know where the iPhone is turning.