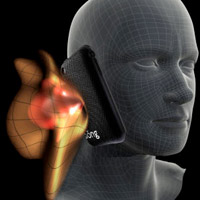 As controversial as it may be, Cellphone radiation and its effects on the human body, more specifically the brain, have been disputed over the decades.  No consensus has been made, and simply because there’s too many players and a lot of damn money on the line.  But by being your own judge, going by what you “feel” is right, like if you get a headache, or nervous sensations, or even rashes when using radio frequency devices, than you probably shouldn’t be using them.  On the other hand, it may do nothing to you at all other than make your life easier.  Regardless of your experiences with the use of such devices, here is a list of 20 phones currently available on the market, which CNET editors have scoured through pages of FCC filings to combine for the public.  Maybe one day when you unwrap your newest smartphone a sticker will be on the screen saying “SAR VALUE OF 1.5”  to let customers know that particular devices “specific absorption rate” level, until then, it’s gotta be done the dirty way.

SAR levels vary between devices and frequency bands, regulations are set by the jurisdiction and cellphones must remain within their acceptable levels in order to be sold in that market.  In the USA and Canada the SAR maximum is 1.6 watts per kilogram, in Europe it’s 2.0 watts per kilogram.  This measurement is conducted when the highest SAR level is recorded next to the ear.  We’ve combined the data in a chart showing you the top 20 cellphones with the highest SAR level and another with the 20 lowest SAR levels. The interesting part is that Motorola is still on the top of the list, even four years later.