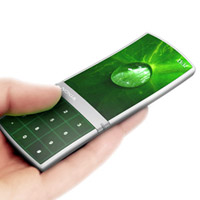 The once king of mobile innovation has launched a new project called “Design by Community” whose sole mission is to dive deep in to the hearts and minds of handset users and tech junkies alike, worldwide, in hopes of one day regaining the mobile tech-throne.

Using a slick new website, Nokia aims to collect feedback about the most preferred device characteristics users want in their next-gen smartphone.  In each voting round, the company will focus on various design parameters, tabulating the results collected from its site. The current round focuses on the preferred screen size and type as well as preferences for the keyboard and any other physical buttons.

Nokia says that it received thousands of votes within the first 24 hours of launching the project. And future voting rounds will focus on an array of specs including: preferred shape, materials, connectivity, and other features like camera. There will also be a round in which users will get to vote on which mobile OS they lust for the most: Linux-based MeeGo or Symbian.

Aiming to hit the creative bull’s-eye, the site’s voting system will restrict a submission if the user tries to select a configuration that’s either too wild or not imaginative enough. Based on the responses so far in the first round, Nokia reports that a majority of the voters want around a 4-inch, 16:9 capacitive touchscreen accompanied with a physical QWERTY keyboard.

The sad part is Nokia has no intentions of actually bringing this creation to market, it will however be designed into a concept. To try your hat at being a mobile handset designer, mosey on over to their project site. The next round of voting opens on March 22.