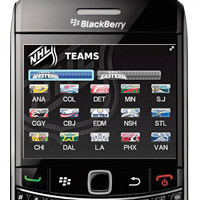 Hey Vancouver hockey fans! As the hometown Canucks gear up for a potential playoff run, you’ll have an opportunity to meet a couple of the team’s star players and cash in on some free stuff while you’re at it. They’re not quite Roberto Luongo, but you still want to meet these Canucks.

I got an email in my inbox from Best Buy, informing me that Alex Burrows will be making an appearance at the Cambie Best Buy on Sunday, March 21st between 2pm and 4pm. Presumably, he’ll be there for autographs and photo ops.

If you’re over in the Tri-Cities, then you can meet with Mason Raymond at the Coquitlam Best Buy during the same time that Burrows will be at the Cambie Best Buy. Yeah, this means that you likely won’t be able to hit up both events.

What does this have to do with mobile phones and portable technology? Not surprisingly, Best Buy has an ulterior motive. They’ve partnered up with Bell and the NHL for these events.

After meeting with Burrows or Raymond, you can waltz into the Best Buy Mobile location to sign up for a 36-month Bell contract. In doing so, you’ll receive a $100 gift card. That promo is effective between March 19 and 25 in the Vancouver area. If you get a new BlackBerry before the end of the month, they’ll give you free unlimited NHL at least until the playoffs end.

To give a further incentive to show up early, the first five people who activate a new BlackBerry with Bell on the day of the event will get an exclusive Stanley Cup NHL jersey.