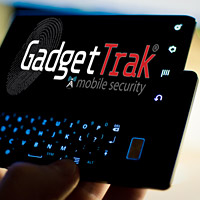 What’s stopping someone from keeping your lost or stolen Android phone and calling it their own? Not much, until now.  ActiveTrak announced they will release a new version of their GadgetTrak Mobile Security software for the Android OS at CTIA Wireless 2010 next week.  The software allows users to track their devices and data if it were ever to get into the wrong hands.  If you have classified information, sensitive business materials, or just some photos of who knows what that you don’t want spread around Facebook, the remote data wipe feature should appeal to you.

The way the software works is by using a combination of GPS and Wi-Fi positioning data, its able to triangulate the location and send it to the main ActiveTrak server.  One smart idea is the remote ping, it allows you to initiate the smartphone to send a loud noise so you can find it under that sofa cushion and call off the guards.  Smart ping works even in silent mode.

GadgetTrak also supports remote backups.  You can schedule them dialy or weekly. It’s also smart enough to know if a new SIM card is poped in which you can then lock the phone so it cannot be used.  A signal alarm, tamper proof measures, remote messaging and remote call back are other features of the software.  Currently its available for iPhone and BlackBerry devices for $24.95, no price has been officially announced for the Android version but it would be safe to assume the same.