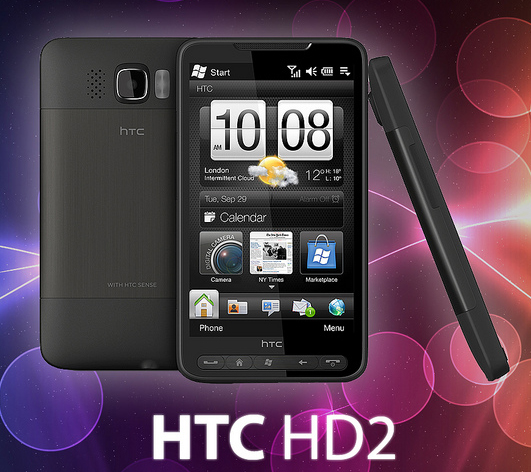 Taiwan-based HTC Corporation brought the HD2 to the shores of North America just a few months after it was available in Europe and Hong Kong. An announcement of its unveiling was reported to us for March 16th, that date has come, and the successor to the HTC Touch HD is officially coming to T-Mobile March 24.

With the HTC HD2 being a pioneer of sorts. It was the first Windows Mobile phone with a touch interface and the second smart phone with the 1GHZ Snap Dragon processor, which makes it incredibly fast. The question is why is a smartphone that is known to have a few bugs in it, for starters a camera defect on some units, now a part of T-Mobile’s product line? It hasn’t received an upgrade to Windows Mobile 7 yet. You’re going to have to deal with the older and chunkier Windows Mobile 6.5 operating system perhaps indefinitely.

Some companies expand their product mix downwards wanting a share of middle income consumers that will buy the new phone. Not too different from Marriott’s more “affordable” line of Hotels. Not every phone on the market can be a Nexus One.

But HTC HD2 cannot be denied one compliment, and that being it is one handsome looking smart phone. This is what makes it a Shakespearean tragedy. All the personality in the world with its specimen of glass, plastic and aluminum surface but doomed because of its lack of OS updates. It’s quite a large one too, and you’re most definitely going to need both hands free while operating it – keeping your coffee hand a little busier than usual.

T-Mobile just announced pricing and a release date (March 24th), it comes with a charger, micro USB cable, headset and memory card, and at $200 (on a two-year plan) the HD2 might be your phone of choice. But different strokes for different folks. If the HTC Sense user interface is what you’re after this could be your phone, and that alone might just make it an enjoyable experience for you.