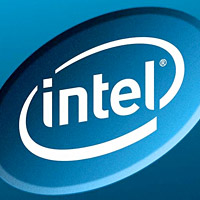 The SSD market is quite small at the moment, this is due to the high cost per gigabyte, making it more of a high-end addon for performance-sensitive devices such as servers, high-end netbooks, laptops, smartbooks, and gaming computers.   According to Intel, these drives are roughly 4 times faster than existing 7200RPM harddrives, giving users faster boot times and performance as opposed to larger storage.

The drive would be best used as a boot drive, “with 40GB of boot drive capacity, a user could load the SSD with the Microsoft Windows 7 operating system, Microsoft Office applications and their favorite gaming application, such as Dragon Age: Origins, and experience up to 43 percent faster overall system performance or 86 percent improvement in their gaming experience.” Intel said in their press release.

A secondary storage drive would then be added to the system for backups, documents, movies, music and other files intended to be accessed on occasion, but not cruicial to the operating environment.

The Intel X25-V is priced at $125 at the wholesale level, which is fair considering their reputation. But with competitors growing fast in the SSD market, who knows how long that price will last.