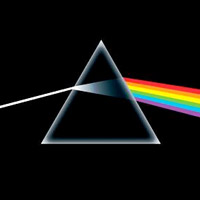 In a landmark decision, British courts have ruled in favor of popular rock band Pink Floyd, against its former label EMI.  According to the BBC, the court ordered EMI to pay the band over ten million pounds in unpaid royalties due to online sales.  This ruling greatly impacts digital music sales, and could result in Pink Floyd’s music being pulled from iTunes.

iTunes releases and sells more digital music than anywhere else in the world.  Songs bought on iTunes can be transferred to iPhones, iPods, and iPads.  In short, iTunes is responsible for Apple’s renaissance over the previous decade.  Pink Floyd sued EMI over allowing their music to be sold on iTunes, as they wanted more artistic control overt the release of their works, namely, not having their music on their albums split up.

Other artists and bands have had their share of struggles with Apple including Garth Brooks, AC/DC, and most notably The Beatles.  These bands have all tried to gain either more power or money over Apple and the record companies that release the music digitally.  The Beatles to this day have not had their library released on iTunes, despite the fact that their solo works are all there.  It remains to be seen whether or not Pink Floyd’s music gets removed from iTunes, but if it does, it could set a precedent for other artists to have their music removed in order to gain leverage over iTunes.