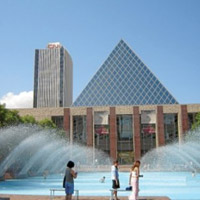 There is more to Edmonton than the legacy left behind by one Wayne Gretzky. There’s the Valley Zoo where you can find Lucy the Elephant. There’s historic Chinatown, where you can buy ethnic produce and eat at some interesting restaurants. The City of Edmonton wants people to know about these things and they’re offering cold hard cash.

Recognizing the importance of modern technology, the municipal government is running some sort of contest to solicit iPhone applications.

These apps are supposed to be used to share municipal information with the public. I guess it goes beyond tourism, giving people access to the different departments of the local government. More specifically, the city is looking for an application that can allow Edmonton officials to share community information with the citizens of the city.

The City of Edmonton has $50,000 to give away to the developer of the winning app. The announcement of the winner is scheduled for October at GTEC 2010.