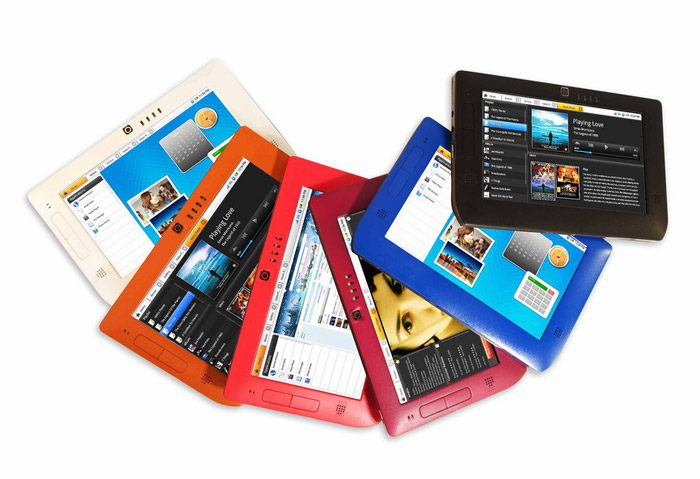 Tablets are a very lucrative niche market. With HP’s Slate and Apple’s iPad on the upcoming table, other manufacturers are hoping to make their mark. And why not? Not everyone wants to lug around a laptop or be limited to a smartphone.

Freescale used to be the semiconductor arm of Motorola and manufactured the Dragonball and Coldfire line of microprocessors whose architecture was based on the famous Motorola 68000 chip. With their debut at the Consumer Electronics Show 2010 revealing their Smart Application Blueprint for Rapid Engineering (SABRE) series, has now become the hot topic in the smartbook/tablet world.

It is a reference design, so contrary to the blogosphere’s reports, Freescale will not release this device. It will allow OEMs to quickly and easily manufacture a devices similar with these specifications at a very economical price. At seven inches in size it could cost OEMs as little as $200, that alone should set Freescale apart from the iPad.

Thundersoft and Freescale are both pitching for OEM partners to support their ventures for both the Millos and the Tablet independently. Specifications on the hardware side include 512MB of RAM, Bluetooth, GPS and Wi-Fi, while 3G network access will be an additional bonus option. Sounds awfully familiar to HP’s 7-inch slate to me.