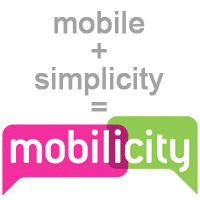 Remember how Wind Mobile went through all sorts of trouble with the CRTC due to its concerns over foreign ownership and control? Well, the other major winner of that spectrum auction is about to jump through the exact same hoops because the CRTC will soon undertake an ownership review of Mobilicity.

The company that you once knew as DAVE Wireless has since been rebranded as Mobilicity and the CRTC will be going through their paperwork to determine if it is compliant with Canadian ownership and control requirements. That’s all a part of the Canadian Telecommunications Act, which could be changing soon too.

The CRTC issued a letter to Mobilicity on March 5th saying that it will undertake a “Type 2 review of the ownership and control of DAVE Wireless in order to determine its eligibility to operate as a Canadian telecommunications common carrier.”

The current plan has Mobilicity rolling out its initial launch in Toronto some time this spring and then they will continue with the rollout through to Vancouver, Edmonton, Calgary, and Ottawa a little later on this year.