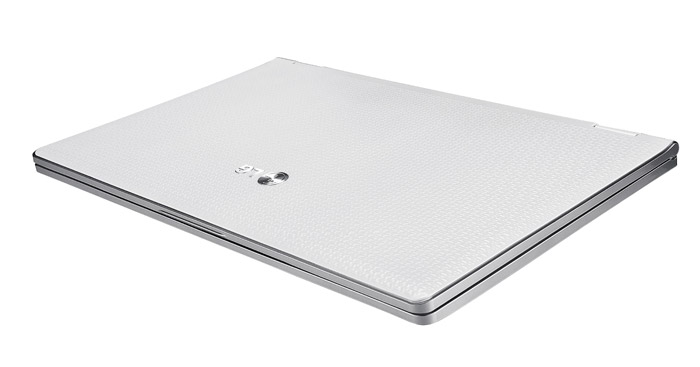 LG’s latest ultra-slim, ultra-sexy mobile PC goes on sale this month, unfortunately not in North America yet, but a release is imminent.   The  LG X300 was first seen at CES this past January, measuring only 17.5 mm thick, weighing a mere 970g in brown and white.

Powered by a 2.0 GHz Intel Menlow platform, 2GB memory and 128GB SSD, LG’s X300 runs Windows 7 Home Premium OS, has an internal battery and an extra 2-cell battery to provide “up to” seven hours of use.  A 1.3-megapixel webcam for video conferencing, and an embedded 3G modem chipset lets you connect to GSM, GPRS, EDGE, UMTS, or HSDPA networks.

The LG X300 ships to Asia this month, followed by the Middle East and South America. Prices will be announced in each region.