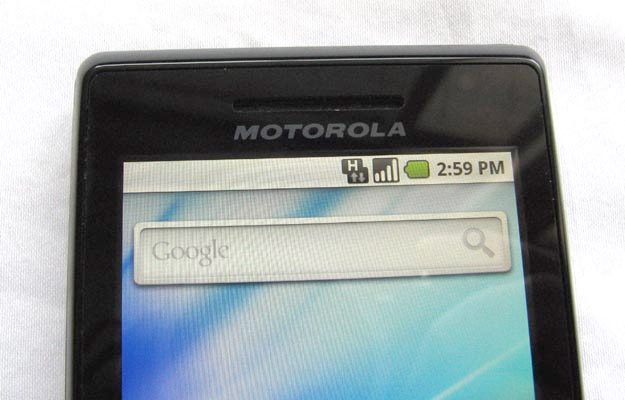 It may have taken a little time to find its legs, but the Google Android platform is really starting to take off. One of the hottest handsets to feature this operating system is the Motorola Milestone, available now through Telus Mobility.

In many ways, you could say that it’s the same as the Motorola Droid through Verizon, but you don’t get the MOTOBLUR user interface, you would have to wait for the Motorola Backflip in that case. The Milestone is configured to use the Telus 3G+ network so its very fast. I was really excited to take this phone out for a test drive and it largely delivers on its promises.

In a nutshell, you get three personalized home screens (that can be loaded with apps and widgets), a 3.7″ capacitive multitouch display, a slide-out QWERTY keyboard, 5MP camera, and the full suite of on-device Google services.

Motorola did not skimp on its choice of materials as the Milestone feels very solid in your hands. The feature set is very robust and the Android platform has plenty to offer. The web browser is fantastic and the haptic feedback is a plus.

This phone is certainly not without its shortcomings, of course. The sliding mechanism is not spring-loaded, so you have to firmly slide the display over manually. I’m also not entirely pleased with the hardware keyboard. Similar to the droid, the keys are too flush, there isn’t enough key travel, and I experienced far too many typos.

The battery cover is much harder to remove than it should be and it’s really unfortunate that you have to remove the battery to get at the microSD slot, but you should be used to that by now if your a Motorola user. Otherwise, performance is more than adequate and Android Market has lots to offer. Even YouTube performance wasn’t too shabby at all.

The Motorola Milestone is $199.99 on a three-year contract with Telus. Check out the video review and photo gallery below for a closer look at this hot Android smartphone.