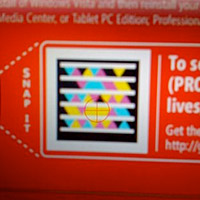 The smartphone war just got a little bit more interesting, as Microsoft just launched its first app for the Android OS of their nemesis Google, which makes the app release all the more puzzling.  This new app release clouds the landscape of the conflict between Apple, Google, and Microsoft in regard to their respective smartphones.

According to the Washington Post, the app Microsoft released on the Android is Tag, an app also released on the iPhone, Windows Mobile, J2ME, Blackberry and Symbian S60 platforms.  It is a barcode scanner that is similar to the popular RedLaser app on the iPhone.  You scan a barcode by taking a picture of it.  The Android app then sends the picture to a server, which recognizes the barcode to tell what product it is.

It will be interesting to see how this app release influences the struggle between Google, Microsoft, and Apple going forward.  It has been rumored for months now that Microsoft’s Bing may become the default search engine for the iPhone, but one can’t help but wonder how the Tag app release on Android will affect it, if at all.