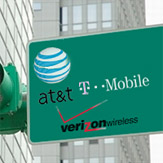 In case you didn’t already know, the Canadian government has some rather stringent restrictions on how the wireless industry can operate within our borders. They do not allow much in terms of foreign investment and control, but it seems that these shackles will soon be loosened.

Do you remember the hiccups that Wind Mobile had to overcome prior to its launch? Do you remember how the CRTC almost stopped Wind from opening its doors due to a sizable investment from a German firm? If these new changes do take place, situations like that will truly be a thing of the past.

More specifically, Governor General Michaelle Jean noted in her Speech from the Throne that the Conservative government plans to open up the wireless industry to foreign investment. This can open the floodgates to competition in the industry.

“Our Government will open Canada’s doors further to venture capital and to foreign investment in key sectors, including the satellite and telecommunications industries, giving Canadian firms access to the funds and expertise they need,” said Jean. “While safeguarding Canada’s national security, our Government will ensure that unnecessary regulation does not inhibit the growth of Canada’s uranium mining industry by unduly restricting foreign investment. It will also expand investment promotion in key markets.”

As it stands, the Telecommunications Act says that a wireless carrier cannot be more than 46.7% owned by foreign investors and control must be at least 80% in Canadian hands.