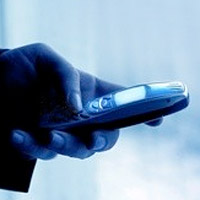 It seems that too many people are grabbing new cell phones and other lines, because the phone companies are running out of phone numbers. To better accommodate this ongoing growth, three new area codes are being rolled out in Ontario and Quebec.

This comes by way for the Telecommunications Alliance, which includes Bell, Videotron, Rogers, Telus, and “all telecommunications carriers” operating in the affected areas. What this means is that if you are not already doing the ten-digit dialing thing, you will need to.