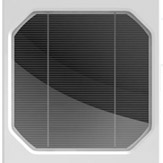 Joos Orange is not a new flavor of OJ out of California, it’s a “personal solar appliance” meant to deliver 2.5 hours of cell phone talk time for each hour it basks in the sun.  The company Solar Components, claims their appliance is capable of converting the sun’s rays into 20 times the power that current personal solar power charging products are capable of delivering, and for only $100.

With Joos Orange originating from California where the sun is stronger and more direct for a longer portion of the day, how much efficiency will be lost in other areas of the world?  It’s quite difficult to accurately estimate solar charging times since the sun is never the same intensity in different geographical locations.

What  the Joos Orange does have though, is  the highest efficiency mono-crystalline solar cells available on the market today.  This guarantees the highest solar efficiency wherever you may be charging, and with “state-of-the-art electronics” it will stay on the maximum power point  in any light, even starting off from a completely dead battery.  Other design features allow for charging via USB from the internal 20 watt hour Lithium-ion polymer battery.  It’s also rugged and waterproof, using a polycarbonate case encapsulated in urethane to last for many years of outdoor use, and with a non-yellowing urethane instead of an epoxy-based coating, it won’t turn yellow in the sun after.

Shipping in June 2010 for $99, the Joos “juice” Orange measures 5.8 x 8.6 x 0.8-inches, it will come with a miniUSB connector and 2-6 different adaptors (depending upon configuration). A free application will allow users to view what Joos Orange is doing on their computer so there’s no mystery.